Helen is an experimental psychologist by training, and, for the past 20 years has worked with voluntary community and social enterprise organisations to support them to understand and communicate the impact of their work.   Helen specifically understands the operating environment that many small organisations are facing, and the value that well-designed evaluations can bring to these organisations.   Since 2019 Helen has purely been a freelance research consultant, often collaborating on projects about social prescribing with Dr Marie Polley.

As Head of Research and Evaluation at Penny Brohn UK (2004-2019), Helen led an evaluation team of researchers who innovated a mixed-methods evaluation evidence base.  This led to many academic papers being published to evidence the impact of the holistic cancer charity’s work on clients. 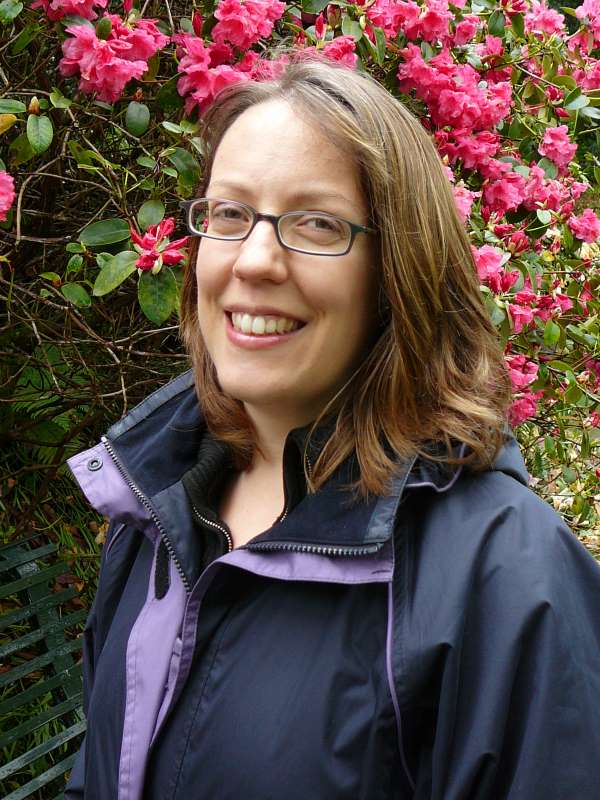 Part of the innovations Helen brought to Penny Brohn UK was expertise using patient reported/patient centred outcome measures (PROMs/PCOMs).  In particular, Helen focused on the development, validation and use of the person-centre MYCaW – Measure Yourself Concerns and Wellbeing tool in collaboration with Dr Marie Polley.   In 2020 Helen also took on board the licence management of MYCaW and MYMOP (Measure Yourself Medical Outcomes Profile).

Helen has multiple peer reviewed academic publications and conference outputs and has attended many academic conferences over the last 20 years presenting both oral papers and posters.

Away from work, Helen loves singing in her local community choir (Vibe!) and also walks in the nature reserve in her beautiful hometown of Portishead. 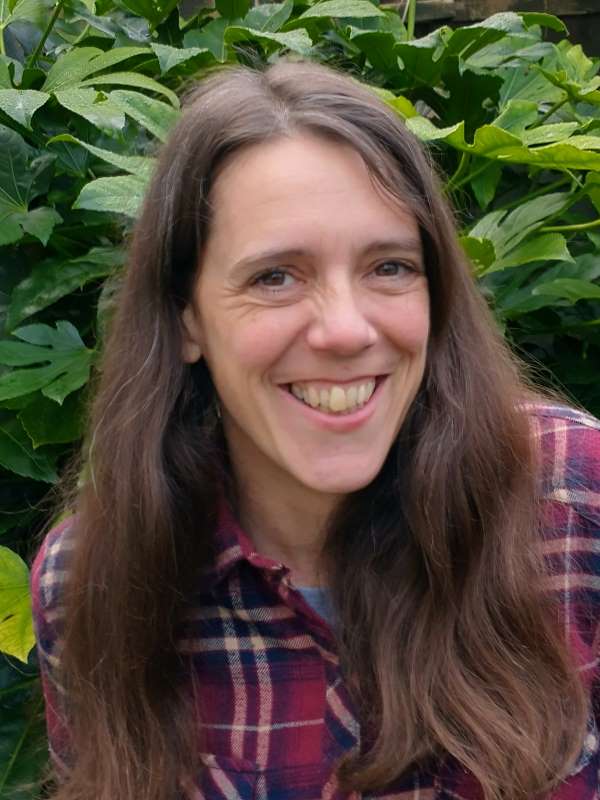 Dr. Marie Polley is a freelance research consultant, past Chair of the British Society for Integrative Oncology and Co-Founder and Co-Chair of the Social Prescribing Network.  Marie trained as a biomedical scientist and has a PhD in molecular carcinogenesis of the lung.  Marie also trained in Usui Reiki whilst completing her Ph.D. and practiced as an Usui Reiki Master for many years.

​For the past 14 years, Marie has researched and taught about approaches to integrating different paradigms of health and wellbeing, in her role as Senior Lecturer in Health Sciences and Research at the University of Westminster. Here Marie taught students biochemistry, physiology, pathology, research methods, supervised undergraduate dissertations as well as running a research group in patient reported outcomes measures.

Whilst at Breast Cancer Haven (2003-2006) and then at the University of Westminster (2006-2020), Marie collaborated with Dr Helen Seers and Dr Charlotte Paterson on validating Measure Yourself Concerns and Wellbeing (MYCaW®) and developing the use of MYCaW® in new cohorts.

More recently Marie co-founded the Social Prescribing Network, which has led a social movement around the use of non-medical activities to support people’s wider determinants of health and provide additional routes of support to traditional pharmaceutical prescribing. Social Prescribing has now been adopted by the NHS in England and is being taken up internationally.

Marie led the team to write the first national guidance for social prescribing, the first economic overview of social prescribing on health service usage and recently mapped all outcomes associated with social prescribing to support discussion on inclusive ways of researching and evaluating this growing field. Marie provides advice to senior leaders, Members of Parliament and the House of Lords, key stakeholders, researchers and organisations in this field.

Marie is a voluntary youth worker for her local church, loves getting out in nature and when near the sea will willingly jump on a surfboard and (attempt to) catch some waves.

In 1996, Dr Charlotte Paterson, developed MYMOP® whilst she was a self-employed GP at Warwick House Medical Centre, Taunton and a self-funding PhD student at the University of London.  MYMOP® was created in response to a need to be able to measure person-centred reasons for people’s attendance at the GP.  In 2002, while Dr Charlotte Paterson was employed as a Research Fellow in the School of Social and Community Medicine, University of Bristol MYMOP®’s original support web pages were created (The MYMOP® content of these pages has now been transferred to Meaningful Measures).

MYCaW® was first published in 2006 when Dr Charlotte Paterson was a postdoc researcher at University of Bristol, with the support of the MRC Health Services Research Collaboration. MYCaW® is an adaptation of MYMOP® -  MYCaW® and MYMOP® are sister questionnaires.

The Cavendish Centre for Cancer Care and Bristol Cancer Help Centre (now known as Penny Brohn UK) piloted MYMOP® at their centres and found that it had certain disadvantages. Consequently, from around the year 2000 onwards, a multidisciplinary research group (Charlotte Paterson, Helen Cooke, Pat Turton and others) designed and piloted a new questionnaire, now called MYCaW®.  A notable member of the multidisciplinary group was Helen Cooke, at that time Head of Therapies at Bristol Cancer Help Centre.  Helen carried out a Master’s degree (based at University of Exeter) exploring the limitations of MYMOP® and documenting the first steps in an evaluation that would lead to Charlotte Paterson’s creation of MYCaW® in 2006.

MYCaW® is also an award-winning questionnaire – whereby the work undertaken at Bristol Cancer Help Centre was shortlisted, and won the Healthcare and Medical Research category of the Charity Awards 2003. 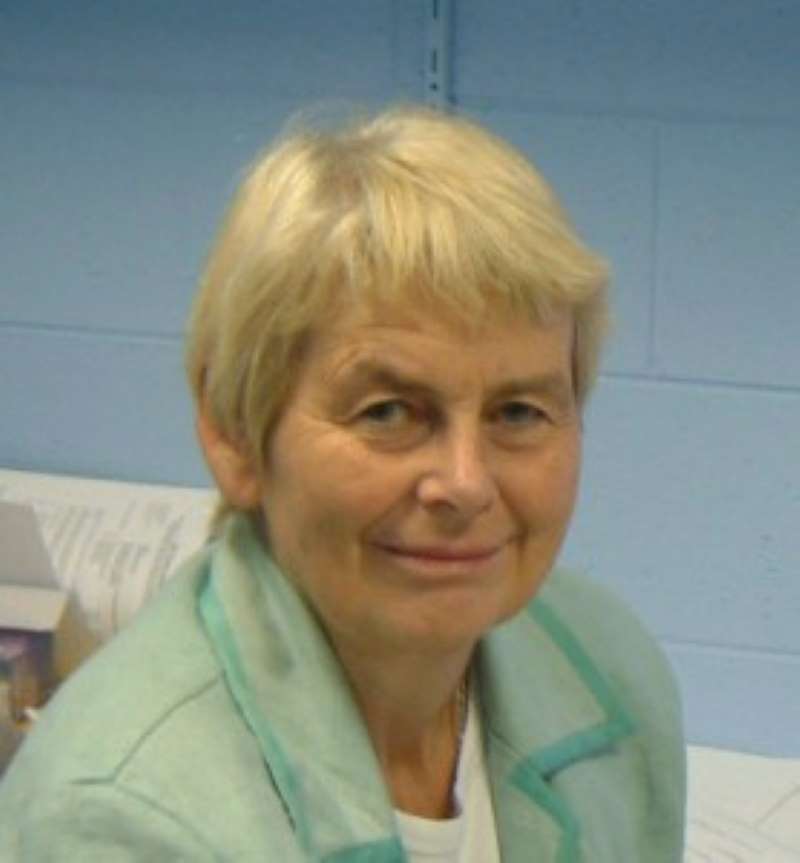 Dr Charlotte Paterson continued to develop and publish MYCaW with several collaborators. These collaborators included Dr Helen Seers whilst she was working at Penny Brohn Cancer Care (alongside Rachel Johnson) and Dr Marie Polley whilst she was working at Breast Cancer Haven and the University of Westminster.  Through their collaboration since 2004, Drs Seers and Polley have developed coding frameworks for the qualitative concern data generated by MYCaW and also validated this tool against the FACITSP-Ex questionnaire, developed MYCaW for use with unpaid carers, piloted MYCaW in a Teenage and Young Adult cohort and are now developing MYCaW for use in social prescribing.

On her retirement in 2020 Dr Paterson suggested that Dr Polley and Dr Seers become the new owners of MYMOP and MYCaW.  This saw the birth of Meaningful Measures Ltd - established in August 2020 to enable the lisencing of MYCaW and MYMOP and to provide supportive flexible advice on capturing person-centred outcomes. MYCaW Publications can be found here, and MYMOP here.

Contact us today to find out how we can support you: